Royal Enfield
1966 Royal Enfield GP5 Racer , Developed by Royal Enfield in the mid 60,s with Geoff Duke being engaged by Royal Enfield in 1964 to develop a two stroke racer for sale to the public . "Hermann Meier" developed the motor and "Ken Sprayson" from "Reynolds" developed the frame . Riders such as "Percy Tait" and "Selwyn Griffitths" rode the bikes , "Tait" being speed timed at a 132 MPH and "Griffiths" finishing fourth in the "Ulster GP"  . The project prooved to much for Royal Enfield to continue with and only about 20 example left the Royal Enfield factory at Reddiitch .  A number of the GP5 Racers were converted to Triumph 500 cc twin four stroke motors with Norton forks and hubs . This example is said to have been raced in the late 1960,s and 70,s in its current form and was then moth balled in the  Garden shed of its then owner . The former keeper said he went to purchase a BSA Bantam 125 cc Racer and at this time came across the GP5 Racer . A deal was struck and the GP5 was once again free . The former keeper tells me The front forks have been rebuilt along with new tyres being  fitted . Both front and rear wheels have been rebuilt with galvanised spokes and zinc plated nipples  The motor was stripped and I am told its on standard bore and Standard crank  . It has lightened timing gears , Big valve head , Twin carburettors and a 4 speed close ratio gearbox . A supporting invoice from "L.P.Williams"  Dated 2/7/2018 confirms new gaskets , New drive train sprocket  oil seal , New pushrods , New main shaft nut and washer , New  clutch pushrod and new primary drive chain , etc .  So an interesting racing motorcycle .
For sale as seen  for further restoration
Project Sale ,
Spinningwheel Classic Cars can arrange Delivery and Shipping if required
£5650
sales@spinning-wheel.net
07852 757691 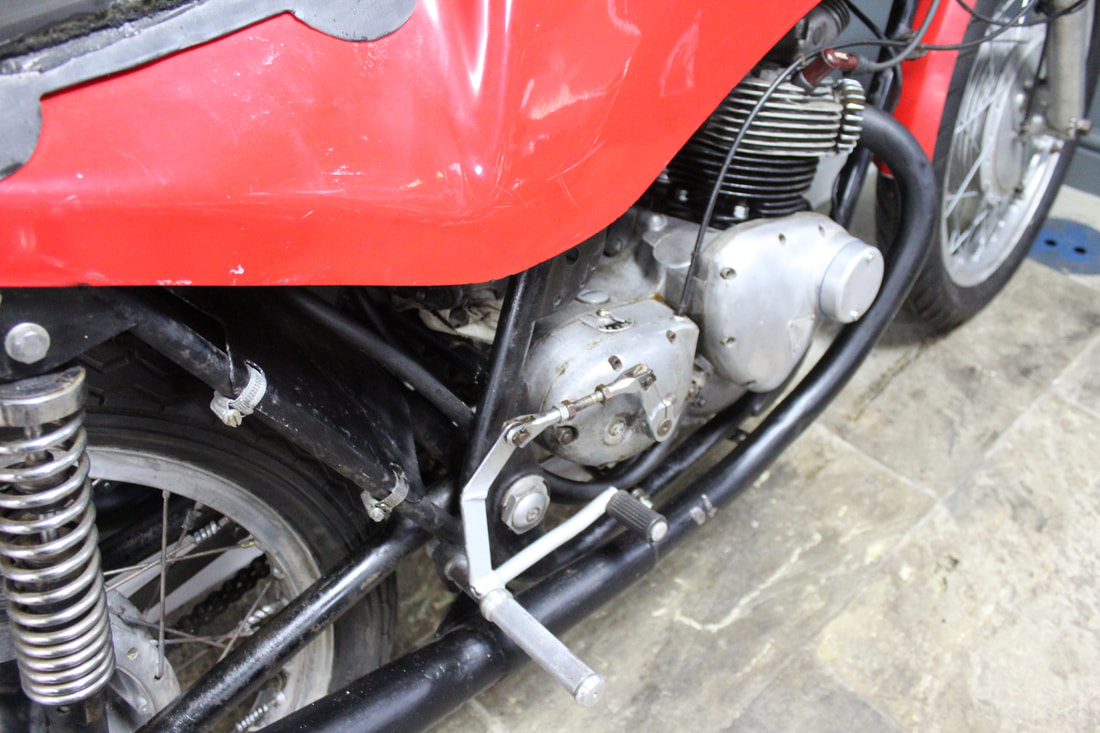 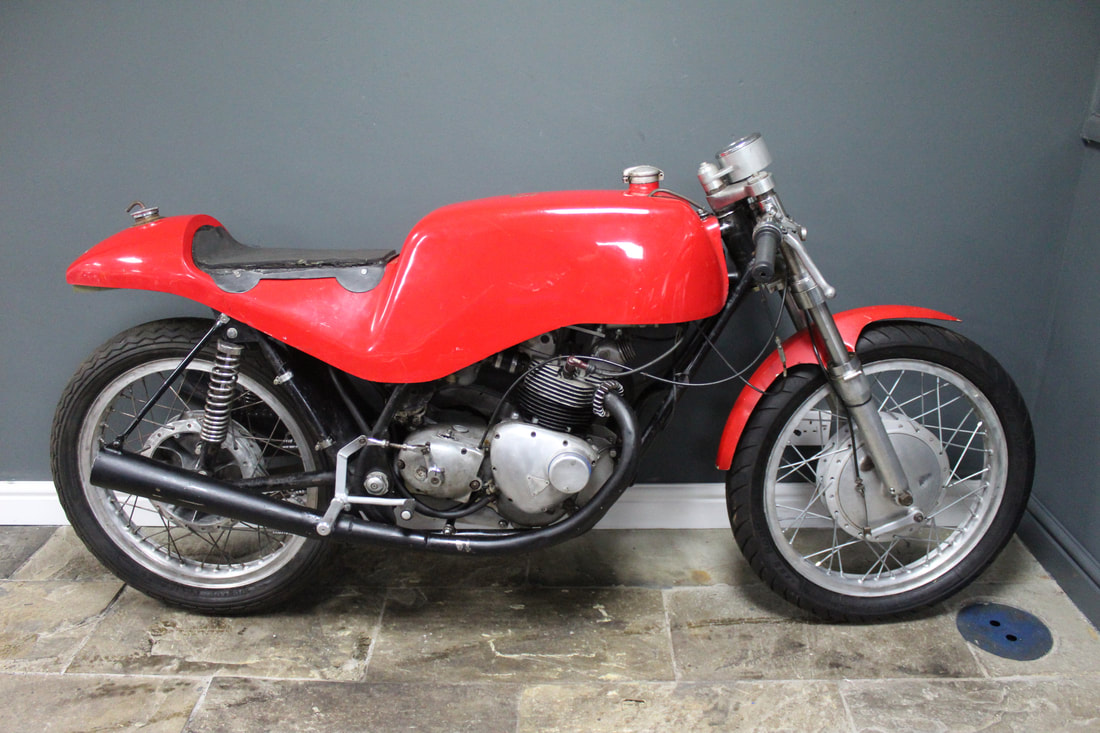 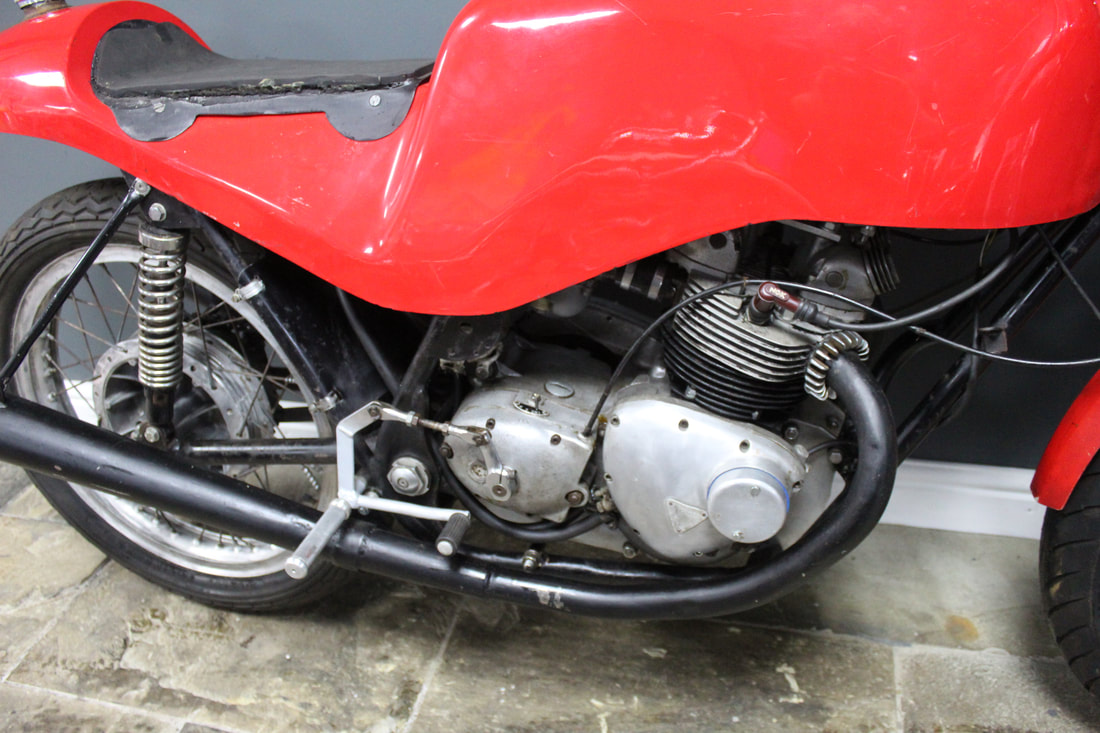 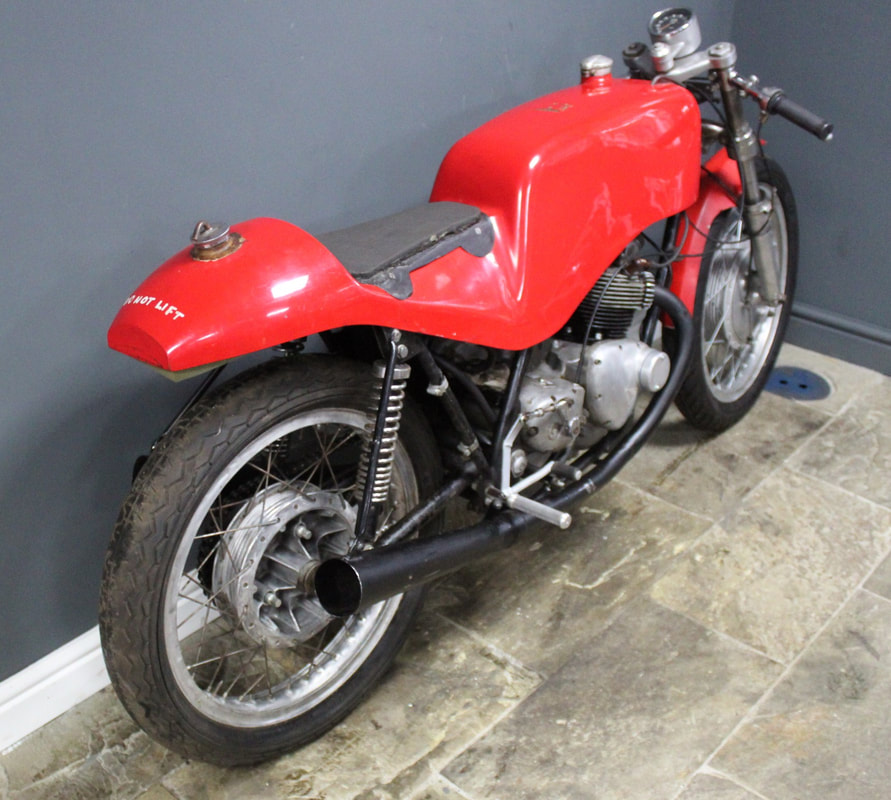 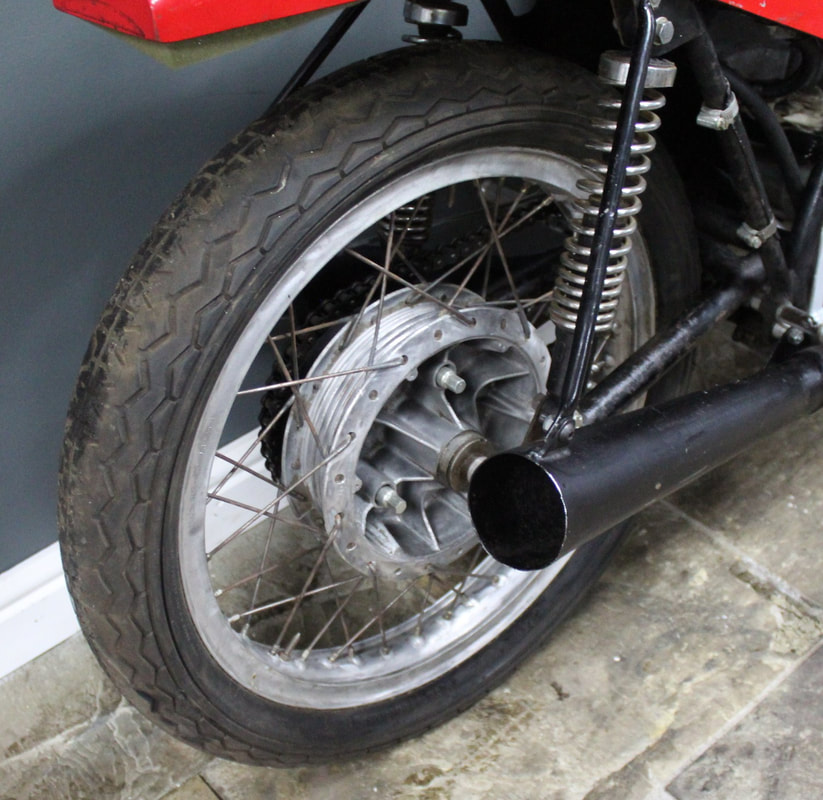 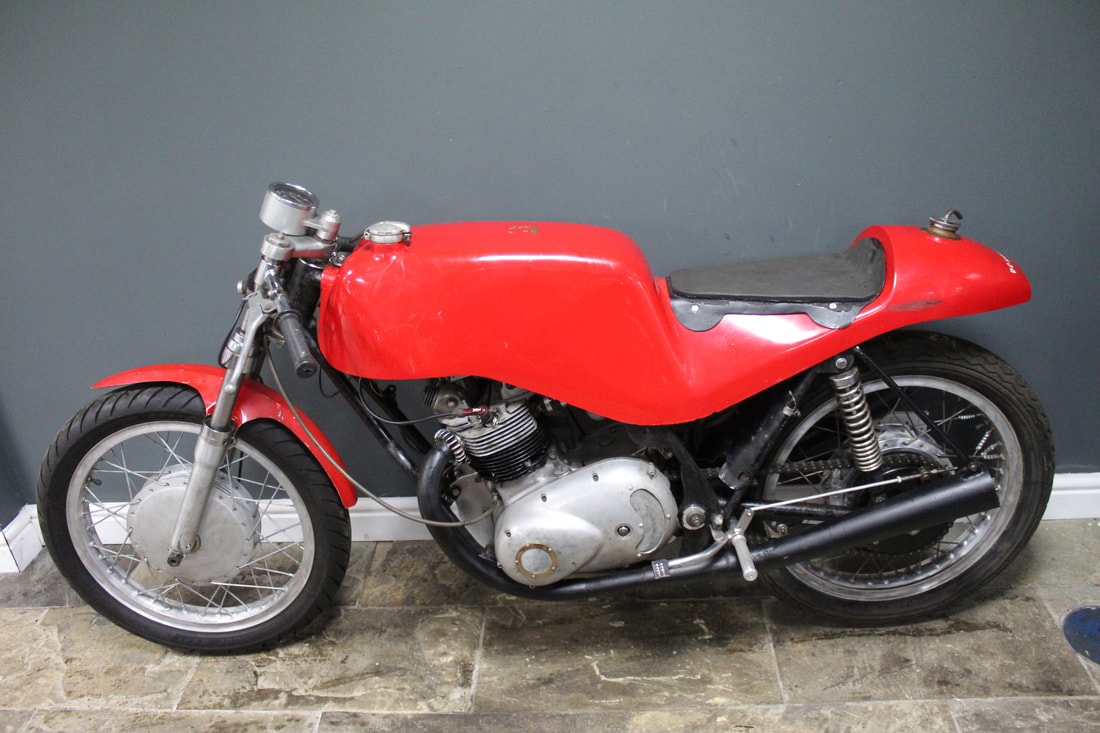 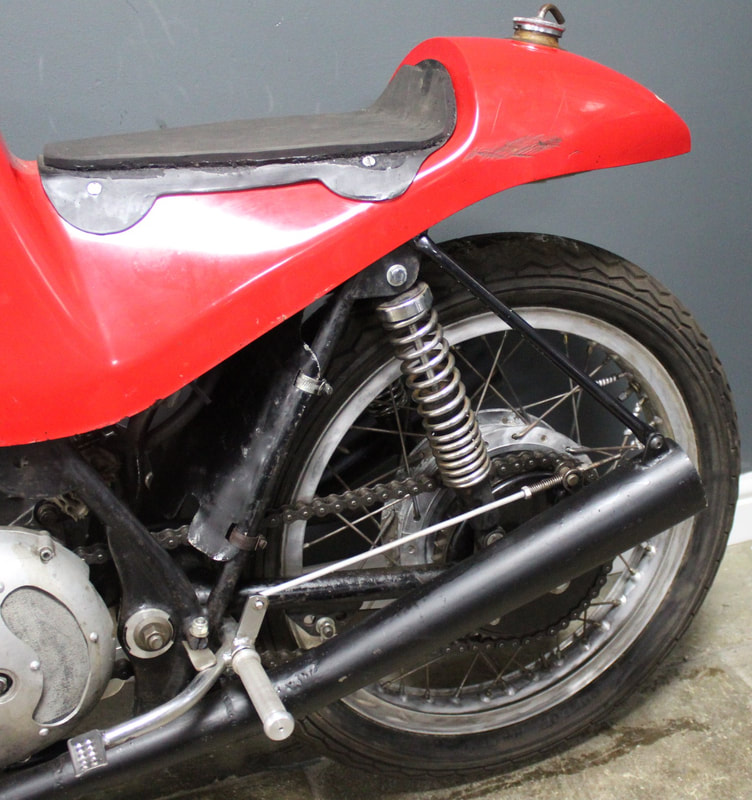 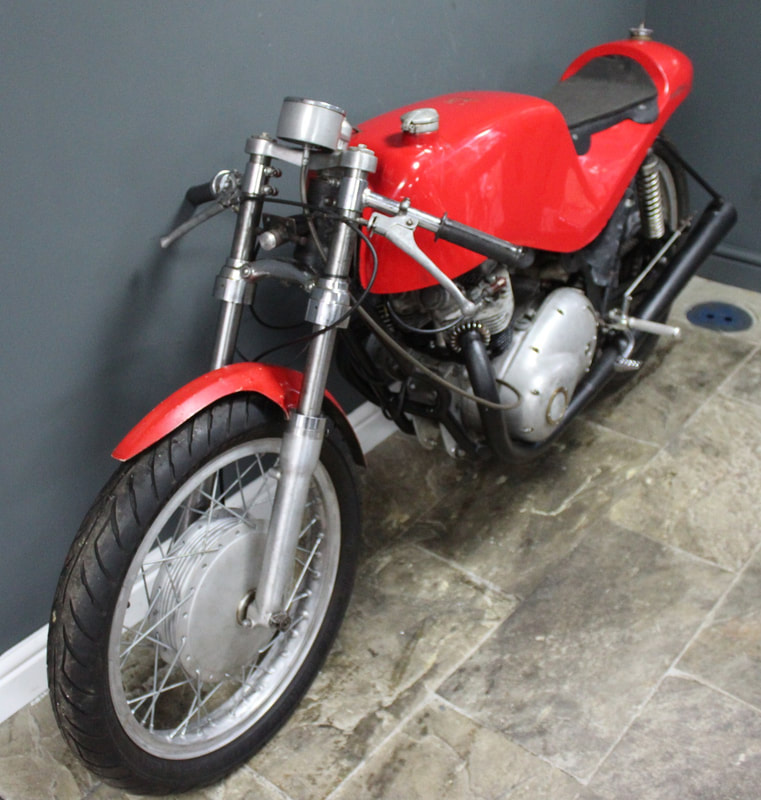